Table 5: Number of Māori Entrepreneurs* and Māori Population by Regional Council, 2001 and 2006 Censuses

Source: Statistics New Zealand’s, Census of Population and Dwellings, 2001 and 2006.

*Employed people aged 15 years of age and over.

Note: This data has been randomly rounded to protect confidentiality. Individual figures may not add up to totals, and values for the same data may vary in different tables. 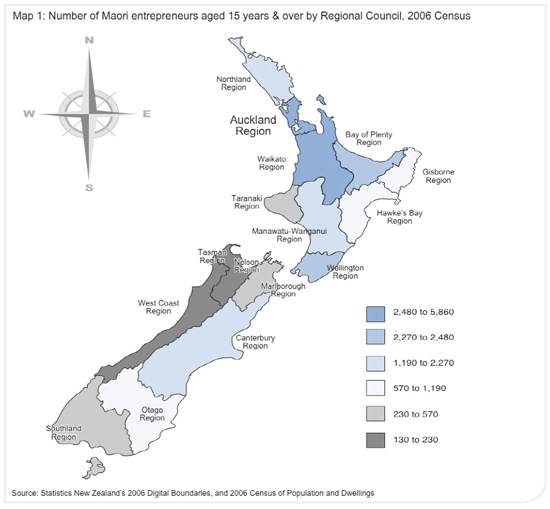