Rā Maumahara - the Journey to a National Commemoration

The concept of a national day of commemoration for the New Zealand Wars was first discussed in the Waipā District Council Chambers in Te Awamutu, July 2010.

As part of the framing of the Battle of O-Rākau Heritage Society constitution, discussions took place between the founders of the Society which centred upon the need to acknowledge all those who fought and fell in the wars of the early colonial period, not just in the three-day battle of O-Rākau in 1864 (the last of the Waikato War conflicts).

Advocating for a national commemoration day was adopted and written into the Society constitution which was ratified in 2011.

During the annual commemorations at O-Rākau from 2012 to 2016, the concept of a national day was promoted heavily and socialised across many other commemoration sites across the country and with iwi leaders.

The 150th (Sesquicentennial) anniversary of O-Rākau in 2014 provided an opportunity for the Crown and iwi leaders to consider a proposal to commemorate a He Rā Maumahara – National Commemoration day in honour of those who made sacrifices in wars and conflicts within Aotearoa / New Zealand.

It was as a consequence of a visit to the site of O-Rākau that ngā tauira of Ōtorohanga College took it upon themselves to champion a petition of 12,000 signatures to Parliament.

This petition has created a groundswell of interest, publicity and conversation about the need to deepen peoples understanding about the wars and conflicts within Aotearoa / New Zealand and the impact this has had on our national identity.

The Iwi Leaders Forum also took up the call and formalised their tautoko for the concept of a national day.

In 2016 the Crown provided funding and support for a national commemoration day hosted by iwi and the fund is administered by Te Puni Kōkiri. At a meeting held by iwi at Mangatoatoa Marae in Kihikihi (Maniapoto) the date of 28 October was designated the official commemoration date. This date was selected as it coincides with the date where the Declaration of Independence was signed in 1835.

Key players in the campaign to establish a national commemoration day were:

In 2017 an advisory panel of five members (nominated by the Minister for Māori Development, the Minister of Arts, Culture and Heritage and iwi) was established to oversee the design of the fund and assess applications to the Fund. The Panel members were: 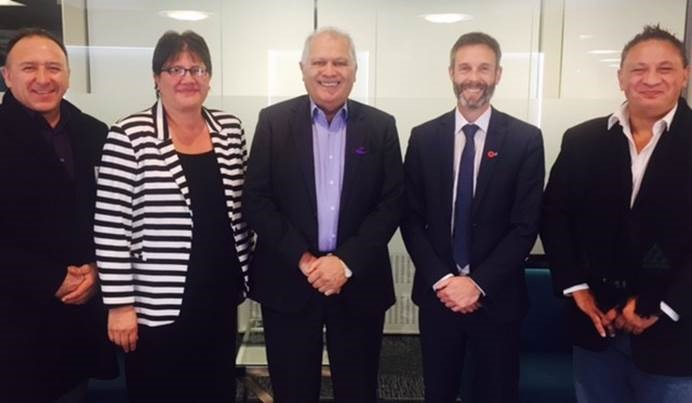 During the Panel’s tenure, which ended on 30 June 2018, 10 applications were approved for funding through the Te Pūtake o Te Riri: Wars and Conflicts in New Zealand Fund. Of the 10 applications there were 9 regional events held across a number of significant sites where wars and conflicts took place and the a national commemoration held in March 2018.

The inaugural He Rā Maumahara - national commemoration day was held on 11 March 2018 in Kororāreka, hosted by Te Tai Tokerau.

The next national commemoration will take place on 28 October 2019 in Taranaki.

Changing the name of the Fund

The Panel also changed the name of the Fund from the New Zealand Land Wars to Te Pūtake o te Riri: Wars and Conflicts in New Zealand. The new name seeks greater inclusion of historical events in Aotearoa / New Zealand that may not be regarded as wars but also conflicts. The new name also removes reference to land wars, as for many, the wars were about more than land, they were about sovereignty, Mana Motuhake and independence.