What moves you? Trevor Shailer is a former boxer Aotearoa-New Zealand representative at the Olympics, Commonwealth Games and Oceania Champion. The new Chair of Matika: Moving the Māori Nation chats to us about his new role before he left for the Rio 2016 Olympics.

Trevor Shailer, Ngāti Kauwhata, Ngāti Hauiti, is an embodiment of ‘He who stands lives: He who sits perishes’.

“I think being active helps to stimulate the wairua,” says Trevor. “We need to support whānau to try different ways to find that ‘thing’ that moves you, and your whānau. Māori are innovative and we will always find ways to overcome challenges. Matika is there to support whānau who want to start.”

He says his parents were always very supportive of his exploits.

“They made sure that I had every chance of success even though it was hard bringing up five boys with lots of demands. My two coaches Martin and Peter Fitzgerald were a huge inspiration on my boxing career as well as my grandfather. He was a middle weight boxing champion in the Navy so he and I had a great connection through boxing.”

Not letting anyone down is a constant pressure.

“As a young sportsperson there is always pressure to do well for others and this can be difficult to manage sometimes. As a former Olympian and as Deputy Chef de Mission in Rio my role is to help athletes manage these pressures and provide support to ensure they have every chance of success.”

Working with Sir Amster Reedy had a huge influence on Trevor’s life. “When I think of Amster I think to be humble, add value and inspire those around me. I always looked up to Amster as I stood beside him. He made me feel strong and confident and I believed anything was possible!”

In his new role as Chair of Matika – Moving the Māori Nation, Trevor is ready to give back and share what he has learned. “I want to pass that knowledge onto individuals, whānau, hapū, and iwi who want to change their lives to one that’s more active and healthier. Throughout my experience with sports and health I have learned that the same principles exist whether at beginner or elite level.”

Tikanga Māori and whānau principles also have an important role to play.

“Every person asks themselves who they are? This usually stirs their inner wairua. Helping them connect with their wairua helps instil that sense of belonging. We [Amster and I] have worked with the Athletes Commission for many years to provide tikanga Māori to our athletes and embedded into our New Zealand Villages at the Olympics and Commonwealth Games. There is a uniqueness about our Māori culture and it is for everyone.” 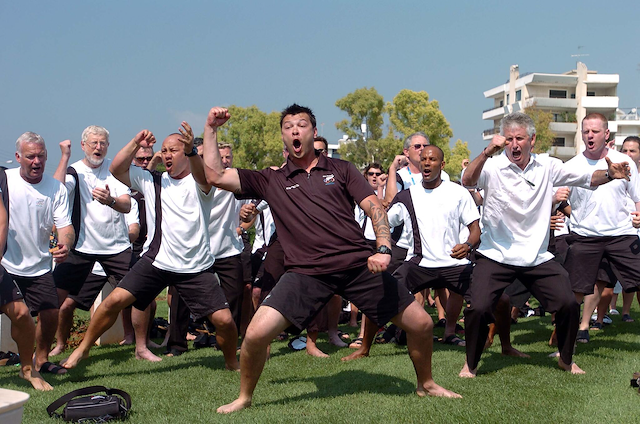 Trevor says setting goals is important. “Don’t be afraid to set lofty goals. Know what you want to achieve. Have determination – understand that your goal is important and requires commitment, sacrifice and possibly change. Persevere – keep going, don’t stop, even if you experience a setback or challenge, persevere! These principles are pertinent to Olympic athletes and whānau Māori.”

Moving the Māori Nation is about supporting whānau, hapū and iwi Māori to improve their lives through active participation and healthier lifestyles.

“Matika means to rise. So rise, and stimulate your wairua! You never know where that first step could take you.”

“I want to pass that knowledge onto individuals, whānau, hapū, and iwi who want to change their lives to one that’s more active and healthier."