“I’m blessed that the team in Te Puni Kōkiri and the regional footprint have deep relationships into our communities and it has long been a ministry that has moved to the aspirations of the people and we want more of that to happen," Minister Mahuta said.

The visit began with a welcome at Lonely Hall, located next to the Emergency Operations Centre (EOC) building in Richmond.

Civil Defence Controller Roger Ball showed the Minister around the EOC, which had been a hive of activity since the fires sparked last month.

Minister Mahuta spoke with people working inside the EOC and was particularly interested in hearing from the Public Information Team about how the community was kept up to date during the emergency.

Tasman District Mayor, Richard Kempthorne, and Nelson Mayor, Rachel Reese, addressed the Minister and both thanked Māori for showing aroha and manaaki to the whole community.

One of the most significant elements of this response was the three Iwi Liasion Officers who were mandated by the eight local iwi.

Shane Graham from Te Puni Kōkiri, Barney Thomas from the Department of Conservation and Dexter Traill from the NZ Police were an integral part of the EOC; making decisions on behalf of iwi and advising response leaders in making decisions that would affect the whole community.

Mayor Kempthorne was moved to tears when he shared how important the support from Shane, Barney and Dexter was to him and his team. The simple but meaningful act of opening and closing each EOC and cordon shift with karakia became normality but meant the world to everyone involved.

A taonga was gifted, on behalf of the iwi of Te Tau Ihu, to Civil Defence for their commitment towards Te Ao Māori. 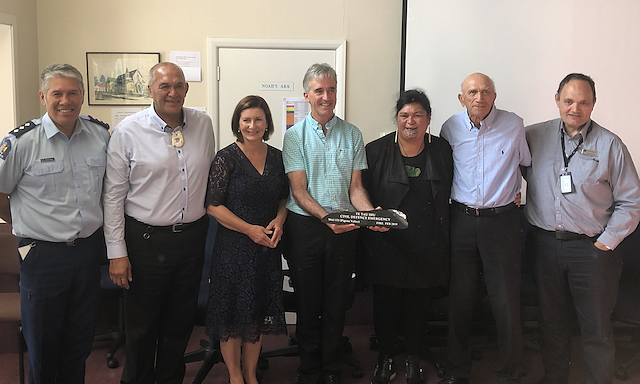 Minister Mahuta had the opportunity to take an orientation flight over the fire zone and was amazed at the size of the fire and the destruction it had caused.

The visiting group also stopped into Village Takeaways in Wakefield to meet owners Kahutane Whaanga and Whitney Krabo and the Minister acknowledged their contribution to the emergency response.

Their whānau was evacuated in the early stages of the emergency but Kahutane continued in his role as a Te Pūtahitanga navigator with Whitney’s support to manaaki and tautoko their fellow evacuees.

The Minister commended the way Māori in the region came together in a time of crisis and acknowledged the work of Te Puni Kōkiri staff in supporting local Māori and the wider community.

She said there was “no handbook of how to respond to crisis” but recognised that mandating Iwi Liaison Officers and using experience from past emergencies meant there was an evolving space where iwi and mana whenua could contribute in times of need.

Minister Mahuta was impressed that tikanga Māori was prioritised and always visible throughout the Civil Defence Emergency.

“Being absolutely consistent in how tikanga is applied is a ‘manaakitanga’ response and that can’t be replicated anywhere else other than through Māori,” she said.

The Minister acknowledged the “soft support” and āwhina agencies, such as Te Pūtahitanga, provided on the ground. 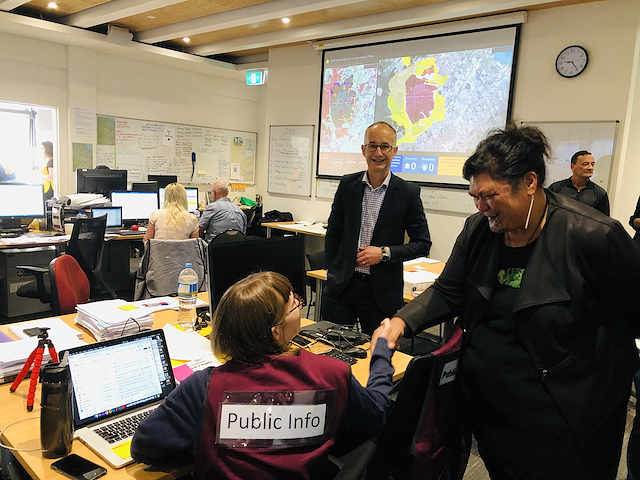 “Things like giving a cup of tea when someone is filling out a form, that’s as important as giving people a sense of safety,” the Minister said.

“I’m blessed that the team in Te Puni Kōkiri and the regional footprint have deep relationships into our communities and it has long been a ministry that has moved to the aspirations of the people and we want more of that to happen.”