Sowing dreams in the whenua

In the tiny bay of Koukourarata, māra kai are being restored to their once famous status as bountiful kai baskets. Find out how dreams are growing healthy and strong – one humble potato at a time, in the heart of Te Pātaka o Rākaihautū (Banks Peninsula).

Manaia Cunningham sits at a dining table that has served three generations of his whānau. Kaituhituhi Arielle Monk listens as he chats, completely at ease and backed by a 180 degree view of the Koukourārata bay with its looming, protective hillsides.

“What’s it about for me? Food sovereignty” he says. “That’s the true meaning of tino rangatiratanga. I’m really concerned about the quality of food going into the bellies of our tamariki.

“My dream is not to be on the paepae. It’s to be out the back, doing the dishes, going out for a feed of mussels or digging up the potatoes. It’s about providing. Plus, you get the best gossip out the back,” Manaia grins.

Whānau Ora commissioning agency Te Pūtahitanga o Te Waipounamu has placed faith in whānau, and in this case - in their reclamation of traditional Māori food culture and mātauranga.

“It all started with wanting to re-learn how to work the land and grow food like our tūpuna would have. And we soon realised – we didn’t even know how to grow a potato.”

The result was an application to Te Pūtahitanga o Te Waipounamu for seed funding to get the māra kai out of their dreams and into the ground. 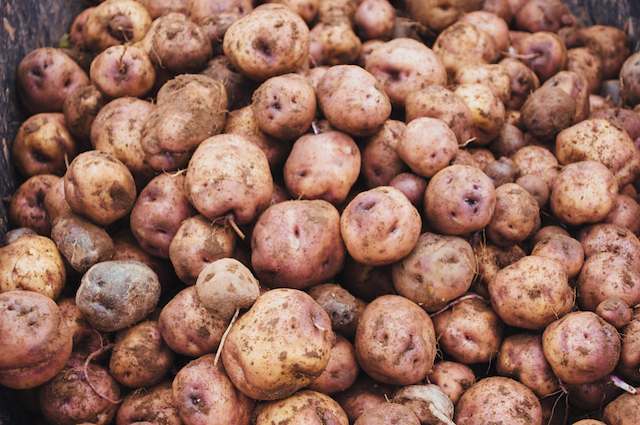 “The first year [2015] was really about sourcing seeds. We found that our seeds had a whakapapa of sprays and blight, but we planted them anyway, in organic soil. And with really strong care from whānau, it’s brought us to our second generation”.

Manaia, who is project manager of the initiative, says the Biological Husbandry Unit at Lincoln University has been indispensable in assisting Koukourārata on the journey to food sovereignty, from education in horticulture husbandry to growing a test-control crop of taewa (Māori potato), to helping marry science with traditional Māori māra kai practices.

The māra kai at Koukourārata are 100 per cent spray free – and as any horticulturalist will know, this means a multitude of weeds. This is where a partnership with the Department of Corrections came in. The gardens are now a periodic detention site for dozens of men and women to whittle down their hours of community service. And although the growing season is over, the māra kai still show signs of tidily tilled rows. As he speaks, Manaia pulls up the last few carrots, revealing heritage hues of purple, pink and orange.

“This place gives those guys a sense of pride. It is their own; they come here and I don’t tell them what to do. If they want to spend eight hours sitting, staring at the sea thinking, then that’s their healing.

“If they want to spend eight hours clearing weeds by hand at the urupā, that’s something they feel they need to do.

“Being here puts them back on the land. It empowers them and gives them a sense of pride, some accomplishment. And they might get a feed out of it too!” Manaia chuckles. “My dream is not to be on the paepae. It’s to be out the back, doing the dishes, going out for a feed of mussels or digging up the potatoes. It’s about providing,” says Manaia Cunningham.

The men and women who have worked out their periodic detention in the soil at Koukourārata, have built a small, meticulously tidy whare made of recycled materials. At one corner, a long braid of heritage corn shines, while hessian hāngi sacks adorn the walls.

Koukourārata has also assisted the Department of Corrections to help the “PD boys” gain certification through Lincoln University. They attain them through hours of real-life, horticultural practice at the māra kai.

With his uncle, Peter Ramsden, Manaia has witnessed the return of their own whānau to their papakāinga to learn about the land; how to care for it and how to work it. It is a place for the tamariki, the young and old to come and learn – and eat he says.

With almost two tonne of produce from the earth, Manaia has to consider the commercial aspect of large-scale food production. He is keen to see a balance between selling via a ‘māra kai to market’ style to whānau, friends and the wider Banks Peninsula and Ōtautahi community, while also acknowledging the potential commercial value of bulk sales.

To further the kaupapa, the brand Hāpai has been developed. It means ‘to go forth’, ‘to support’ or ‘to shoulder’. Expansion of the brand is dependent on a sustainability strategy. But with existing funding, the coming season will see a further acre in taewa, a five-bay storage shed and development of flood plain protection for the māra kai with the University of Canterbury and Lincoln University.

Manaia proudly leads a small tour around the settlement. The wharenui, Tūtehuarewa, was originally built in 1923 as a school house, before becoming a community hall. After the Ngāi Tahu Settlement in 1997, the people of Koukourārata reclaimed it as their wharenui. Manaia Cunningham stands beside Koukourārata stream, which shares its name with the small bay on Banks Peninsula.

Inside as he shares more history - once the largest Māori settlement in Canterbury – a pīwakawaka interrupts Manaia, flying up to a beam clutching kai in its beak.

“Oh, don’t worry about her, they come in all the time,” he waves a dismissive hand.

Manaia’s comfort with the bird flying inside, which may cause alarm among North Island iwi, reflects his grounding in Southern tikaka which perceives the bird’s visit as a positive sign. He continues with kōrero about the naming of the whare for a tūpuna wahine, a reflection of the generations of women who have ‘ruled the roost’ in Koukourārata.

It is plain to see. One of the greatest outcomes of this Whānau Ora funded initiative may just be the impact on the man who has presented this kōrero about the past, present and future – the invigorated connection to whenua, the desire to learn and share mātauranga and the confidence uniquely offered by one’s tūrangawaewae.