Mere and Leith acknowledged those that served before them, and their respective achievements made under challenging times. Among them, Koro Wetere, Parekura Horomia, and the late Tā Wira Gardiner to name a few.

“Many Māori public service leaders before us were strategically recruited into their roles so that they could learn the disciplines of the public service in order to serve their iwi,” says Mere.

Working in the early days of delivering Kōhanga Reo 40 years ago was the beginning of public service for Mere. “I went out to our whānau and community and I had to convince them to put their children into this new te reo immersion programme. A huge task working with the whānau but it was how I started to learn about the value of service."

Mere and Rachel started with Te Puni Kōkiri in 1992 and neither wanted to work for the government, preferring to work for iwi or hapū but were told, like the others, that they had to.

Leith served as Chief Executive of Te Puni Kōkiri from 2001-2013, and has been awarded the Queen's Service Order for services to Māori, the State and local government.

“Mere and I asked ourselves back then ‘how would we know we’ve done a good job’ and we believed that it will be when we no longer have a job,” says Rachel.

Mere talked about Māori Development and asked that the rangatahi, as part of their service, be unashamedly Māori in the job that they’re doing.

Koro Wetere was delivering Te Urupare Rangapu which was the Government’s Partnership Response policy when Mere started thinking seriously about Māori development, and she says she loved that kaupapa.

"It was about mainstreaming Māori Affairs and I thought that was going to be our answer. When we look at you, you are all a part of what we called ‘mainstreaming' public service,” says Mere.

Rachel says the Ministry’s role in the 1990s was leading legislation, helping other agencies deliver to Māori, and to help the Government shift from the owner of assets to returning those assets to iwi through Treaty settlement.

“Back then there were a lot of jobs for your great grandparents or grandparents like working for the railways, meat works, or big businesses the Government owned. But a lot of the resources, particularly whenua, were used to create that employment which Māori benefitted from," says Rachel.

“When the government decided it wanted to sell its shares, then iwi said ‘we want our whenua back, to manage our own forests, and set up our own businesses’. That began the journey of settlement,” says Rachel. 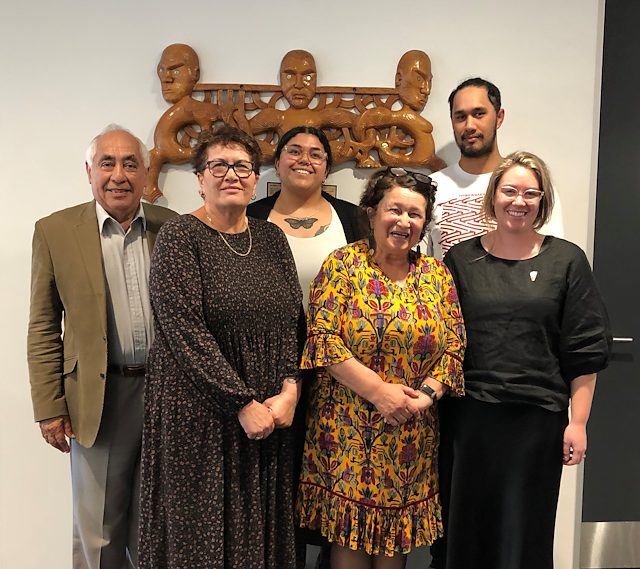 “The big system change has been ‘Whānau Ora’ - supporting and enabling whānau to build their resilience, to develop their skills, to support each other and achieve what is important to them. Our Ministry’s whānau-centred approach ensures policy advocates for Māori, to help Māori achieve what's best for them.

“In the past, Ministries would determine the programme and the delivery mechanism. Today, a lot of Ministries are co-designing at a local level with communities, to design a programme that will respond to that community.

“In the last eight years there has been exponential investment in Māori outcomes and changes in legislation. Today’s Cabinet is approximately 30% diverse so the environment today that you [rangatahi] are stepping into is the right time to make change,” says Rachel.

The three were warmly referred to as ‘tall rākau’ for providing protection and care to the young shoots just beginning to grow in the public service.

Leith would like their kōrero to be of inspiration to the rangatahi, as Māori public servants, encouraging them to be a ‘tall rākau’ like them and like the leaders before.

"Your time in the public service will give you a good foundation and understanding of service to Māori but you should also go out, so that you can have well-rounded career experiences," says Leith.

“You are involved in every change in every way that happens in Aotearoa New Zealand so it’s a very dynamic and exciting place to be.”

Rangatahi did not waste the rare opportunity of having the accumulated 100 year’ public service experience in front of them asking questions around being Māori in the public service and how they manage potential conflict.

Leith says “if you feel good about getting up every morning and going to work, then you are doing the right thing.”

The Māori Emerging Leaders Programme is facilitated by Tukaha Global on behalf of Te Kawa Mataaho, the Public Service Commission. The Programme aims to develop Māori leadership talent and capability in the Public Service and grow a network of Māori public servants with the skills and confidence to step into leadership roles in the future.