The South Island’s only iwi radio station has had to adapt to new ways of telling stories online, on-air and on the ground. To support the upskilling of its kaimahi, Tahu FM has reached out to the Cadetships programme run by Te Puni Kōkiri. 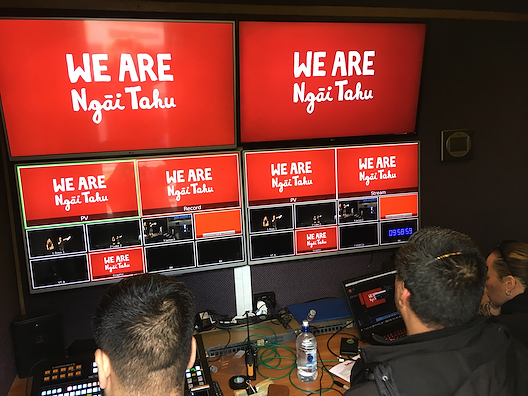 Behind the scenes during one of Tahu FM’s live web-stream broadcasts.

Over the past three years the Te Waipounamu station has extended its media products to include web-series, video news programmes and live-streaming events.  To produce and deliver these media, the station’s Christchurch based kaimahi have had to learn on the job, mainly from their own team.

Last year Te Puni Kōkiri got behind Tahu FM to upskill four of their kaimahi through Cadetships. Cadetships support employers in a range of growth industries to mentor, develop and train Māori staﬀ of all ages so they can take on more senior roles, extend their career paths and boost workforce development. Tuteri Rangihaeata, Content Manager for Tahu FM, is proud of the homegrown content the team has produced and grateful for the additional support from Te Puni Kōkiri. Tuteri (Ngā Puhi, Ngāti Ruanui, Ngā Rauru, Ngāruahine) says the station has had to work within a shoe-string budget.

“After the operational funding is spent, there is little left over for doing cool things in the online space. So whatever income we do generate, we pour straight back into investing in our talent.”

“To be sustainable in this industry, digital training is ongoing. It’s never going to stop. By building our capacity, we are able to compete with experienced production companies for digital broadcasting funding.” 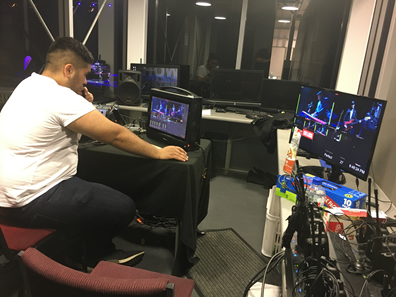 One of the station’s four cadets building their capacity in the online space was Piki Skerrett-White, an on-air announcer for Tahu FM. Piki can be seen behind a monitor directing a live-streamed event.

Giving back to iwi

One of the cadets selected for the six-month programme was Jason Phillips, an on-air presenter who has been with the station for six years. Jason (Ngāi Tahu – Ngāti Irakehu, Ngāti Makō, Ngā Rauru) says he approached the opportunity to prepare for the future, and to give back to his iwi.

“Long-term, I see myself working for other teams within the Iwi and I want to be in a position where I am managing people and running events. I’m using this cadetship to gain as much experience as I can working behind the scenes at the station, so I can be as valuable as possible with my skills to the tribe later on.” 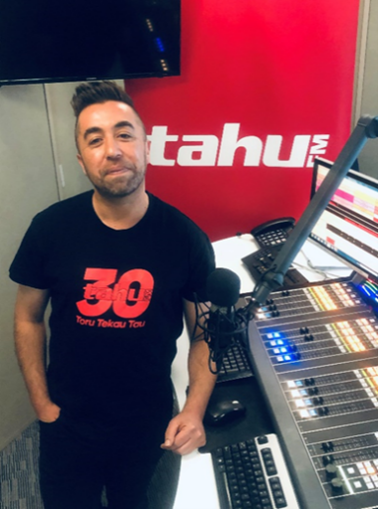 Jason Phillips, an on-air announcer for Tahu FM added many new skills to his kete of knowledge during his cadetship.

Jason’s cadetship programme involved learning how to provide audio-production for the rangatahi web-series, ‘Beat of the South’ and co-ordinating the station’s 30th birthday event promotions. Improving his Kāi Tahu reo skills were also part of his plan. The three other cadets of the programme developed skills in the areas of leadership, production scheduling and being in-front of the camera.

Jason advises other kaimahi thinking about their own future to start a conversation with their employer about cadetships.

“I think I am the perfect example of a cadet because I am 40 years old, and doing this programme makes me feel valued and that my time isn’t up yet! You are never too old or too young to educate yourself. I am a hands-on learner, so I’ve really enjoyed the practicality this experience has given me.”

Dee Henry, Tahu FM Station Manager, says she is impressed with what the cadets have achieved, and how this mahi was done outside the scope of their BAU radio mahi. Dee (Rarotongan) believes the station has benefited from the investment in skills and training.

“It has created multi-talented and resourceful staff within our team and reduced our contractor expenditure. Our next goal is to create a multimedia newsroom and put 16 kaimahi from the wider Ngāi Tahu organisation through our cadetship programme.” 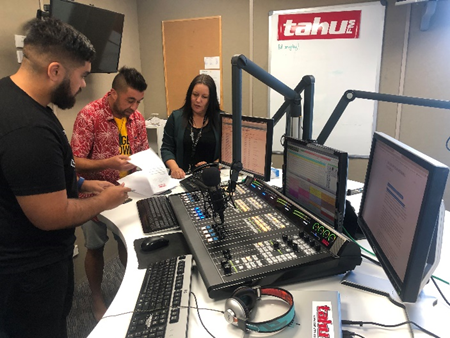 “Tuteri and I will be joining the next intake. We feel like we have gone through a great learning journey already, so our own cadetship experience is going to be really massive!”