He Korowai Trust – providing ordinary services in an extraordinary way

He Korowai Trust has been working for the last four years to create a housing solution for whānau in desperate need in Kaitāia. This four year dream was finally realised with the opening of 9 homes within its social housing project – Kohuhu papakāinga, a 35 bed emergency accommodation unit, medical centre, community café and social services. 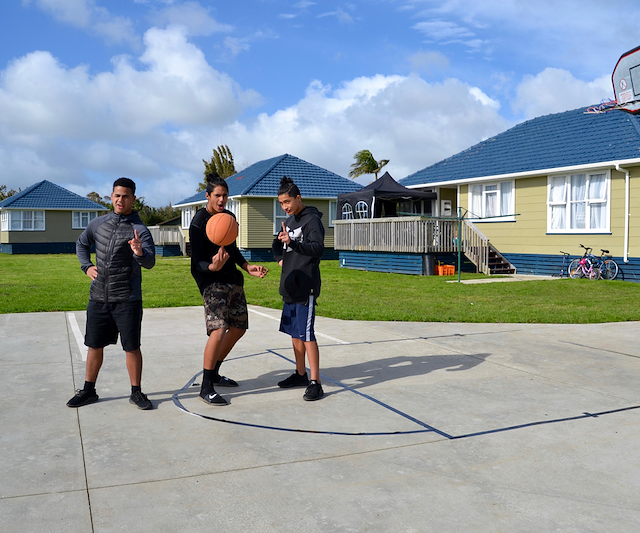 Photo caption: Rangatahi get to enjoy the play area as part of the Kohuhu papakāinga.

“We’re excited to show everyone what we’ve been able to achieve here” said Chief Executive of He Korowai Trust, Ricky Houghton.

“We’ve relocated nine homes from Auckland to Kaitaia with a plan to have up to 18 homes on the papakāinga”, said Ricky. “We’ve planted 200 fruit trees, created a safe play area for the tamariki and built a puna reo to nurture our future Māori leaders”.

The recycled homes have been fully redecorated and will provide affordable home ownership to 17 adults and 43 tamariki. Whānau started moving into the Whare Ora papakāinga in early June. 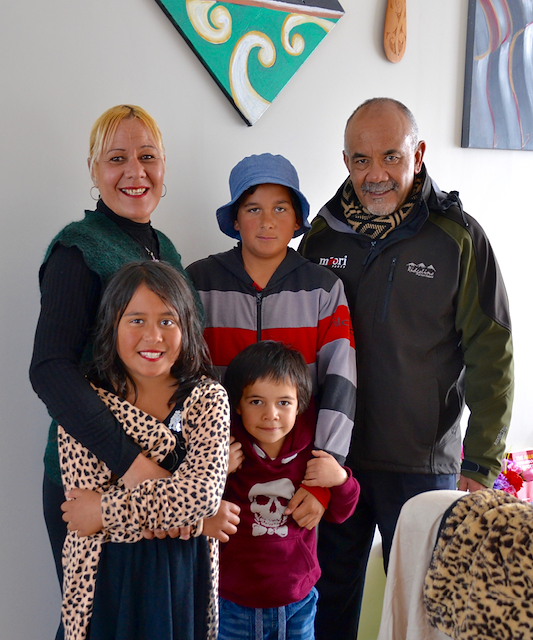 These were state-owned homes from Glen Innes in Auckland that were tagged for demolition. He Korowai Trust purchased the land in Kaitaia and converted it into communal Māori ownership. They’re among the cheapest in the country at just $130,000. Whānau will own their homes in 17 years.

The site is drug, alcohol and violence free.

“So the Trust has responded with an emergency accommodation complex. Each room has been freshly painted and under that paint is hope created for the families.”

“Specifically set up to reach out to the families in these types of situations to offer them hope, a place where they can come in gather their thoughts, be loved, have the essential care services and work with them to improve the quality of life for them and their children.”

Occupants can access a full range of services from counselling to addiction rehabilitation and budget assistance while being housed at the emergency housing complex. Every three months the team at He Korowai Trust will review the occupants to assess their readiness for moving on from the complex.

“Our Trust mission is to achieve tino rangatiratanga. I want to see whānau in the Far North move from state dependence to independence. By that we mean assisting whānau to reach their maximum potential’, said Ricky.

In addition, He Korowai Trust has opened a 3 bedroom safe home for men who are in crisis and in need of emergency housing. 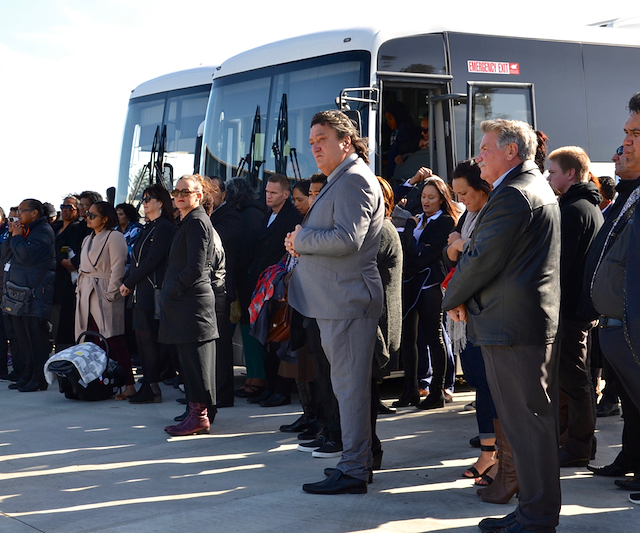 Photo caption: Over 100 whānau, kaumātua and kuia gather for the He Korowai Trust housing project opening in Kaitaia.

More than 100 whānau, kaumātua and kuia joined the Minister to congratulate the leadership and vision undertaken by Ricky and his team to achieve positive outcomes for whānau in the Far North.

“This event is a celebration and acknowledgement of He Korowai Trust and the people of Kaitaia”, said Minister Flavell. “He Korowai Trust has an intimate knowledge and understanding of the real housing and health needs of their people coupled with a demonstrated commitment to get whānau into safe, healthy and secures homes and accommodation”.

“Initiatives like these are vital for the future development of our whānau”.

He Korowai Trust received a capital grant from the Government’s previous Social Housing Fund and a Kāinga Whenua Infrastructure Grant to contribute towards the nine homes and infrastructure for the planned 18 home papakāinga. The Māori Housing Network contributed a one-off fund towards the emergency housing complex.

As part of the Northland Rural Regeneration Pilot, He Korowai Trust is also repairing 23 houses in Te Hāpua.

As at June 2016, there were thirteen proposals to the Māori Housing Network covering a wide spectrum of housing needs in Te Tai Tokerau. These proposals received funding totalling $9.6m for projects that focus on home improvements in communities with high levels of housing disrepair; projects that help Māori organisations provide housing for whānau; and projects that increase the number of affordable homes for Māori.

In a speech delivered at the He Korowai Trust opening, the Minister for Māori Development, Te Ururoa Flavell said “in one year alone, this is a greater level of government housing investment in the Te Tai Tokerau region than the last five years combined and reflects the determined focus of the Māori Housing Network to assist whānau in greatest need”.

Since being launched in October 2015 the Māori Housing Network, led by Te Puni Kōkiri, has received hundreds of enquiries for support and assistance for Māori housing which reflects the enormity of the need in Māori communities.

Summary of the He Korowai Trust Housing Project
1. Project Whare Ora: 9 recycled homes have been fully redecorated and are now ready to provide affordable home ownership to 17 adults and 43 tamariki.
2. Project Puna Reo: A 147 square metre early childhood centre located near the Project Whare Ora social housing units.
3. Project Emergency Accommodation: A fully redecorated and refurbished 35 bed crisis accommodation unit to provide both essential care and vital wraparound support for up to 90 days.
4. Project He Korowai: A social growth and economic innovation hub committed to growing and supporting whānau. Support services include start-up businesses, innovators and entrepreneurs.
5. ‘Turning of the Soil’ Men’s Clinic: A 3 bedroom safe home for men who are in crisis and in need of emergency housing due to risks of imprisonment.