E tipu, e rea: A garden for growing and uniting

“Running our māra has been a great experience but I didn’t know a thing about gardening to save myself when I started,” Larissa Cox-Winiata remembers the early days of a māra kai that is now flourishing on the grounds of an Ōtautahi school.

Bursting with corn, beans, kale and cauliflower is a māra kai that has blossomed under the loving care of the whānau and community of Te Kura Tuarua o Horomaka (Hillmorton High School). The māra embodies the shared effort between whānau and school to ensure Māori students succeed in education. 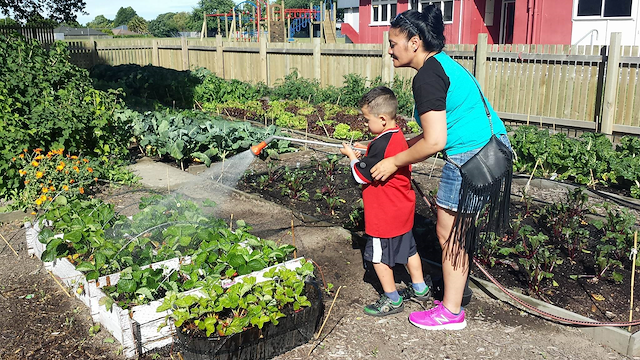 Parents tend the planter boxes, teachers build horticulture into lessons and students learn about growing their own fresh kai in the city.

“You can feel the aroha and wairua that has gone into its creation. It’s more than just a garden, it’s a healing place too” says Larissa who has a son at the school and two daughters who used to attend.

Te Puni Kōkiri supported Māori families at Te Kura Tuarua o Horomaka to establish the māra, as a way of getting the wider community involved in activities actually ‘at’ the kura says Ross Paniora, Senior Advisor. 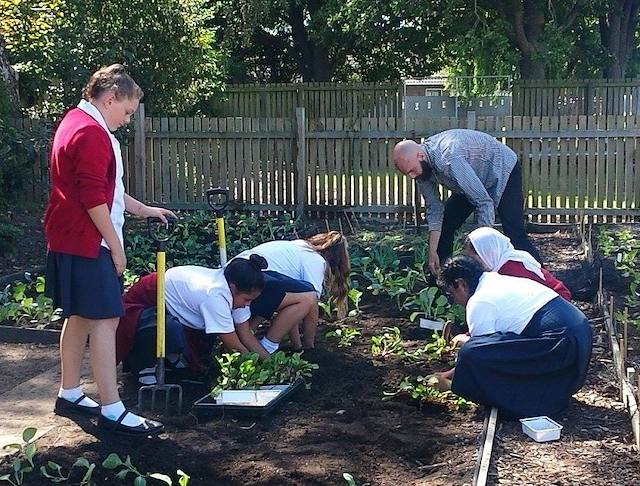 “The idea was the māra would give staff positive opportunities to get to know whānau on a more regular basis and in a more meaningful way. We just needed a whānau member to run the whole thing," says Ross, "that’s where Larissa came in”.

Larissa and Ross worked together in 2016 to rally the whānau for ‘green thumbs’ and to arrange funding.

Ross, who still does his bit to look after the māra, says the initiative is a positive start to seeing whānau, community and school coming together for the students.

Once relationships between home and school are strong, the important kōrero about education can start.

The garden’s reach now extends out to the wider community too. Each week ‘Aunties’ come to the school kitchen to prepare a free lunch using kai from the māra. They feed hungry mouths and chat with staff and rangatahi. In turn, the students and teachers have shown their thanks in practical ways. 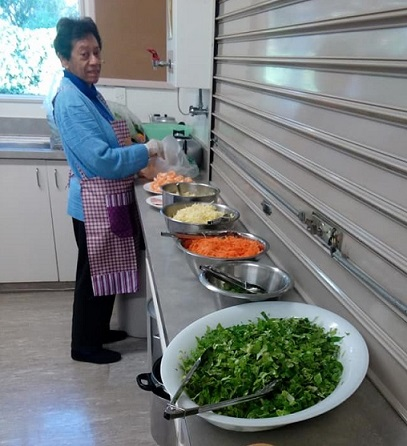 Aroha Swan (Aunty Bubs) is one of the Aunties who makes meals for students using kai from the māra.

“Last year they built some raised garden beds together”, says Larissa, “That made it much easier for our aunties to harvest the kai. The joint mahi brought whānau closer and teachers have been more hands on too”.

A wide range of crops is now thriving and a pollinator garden too. Students, whānau, Te Puni Kōkiri and teachers are working together to distribute the bountiful kai they grow around the neighbourhood including to local food banks.

"We’ve come full circle from my first approach for help to the local garden centre,” says Larissa, “They were so supportive with advice, soil and plants and have stayed that way. They’re an important part of our special community.

“It’s nice that as whānau, school and students, we can give back to our community together” she says.

Te Kura Tuarua o Horomaka has plans to extend the māra grounds so that more positive learning and relationships between home, community and school can grow among everyone involved.