Never too late to make a change

If you had told a 14 year-old Jack Raharuhi that within 10 years he’d be managing a 450 hectare farm with more than 1000 cows and five full-time staff he’d have probably shrugged you off.

He was on a different trajectory at the time.

“Yeah I think I got on the wrong track from just being a typical bored teenager in a small town and getting in to fights.  But over time, drinking and driving...these activities tend to lose their appeal.  I started getting over not having any money to do anything.”

He credits his fiancé Charlotte with helping him turn his life around, along with his father Laani Raharuhi, who got him a job as a farm hand at Landcorp’s Bassetts dairy farm on Cape Foulwind in Westport, the same farm that he ended up managing up until a month ago.

He has since moved to a new farm, just across the road, where he’ll be involved in a programme which sees him mentor 10 second-in-charge managers.

“It’s never too late to stop and make a change in your life and reach out to others for support.  Dairy farming is a good way to make these changes because you’re so busy getting stuck-in, that by the end of it you’re so tired you can’t really be bothered doing anything.”

He also applies the ‘never too late’ approach to learning about his own iwi and whānau connections.

“I come from Whatuwhiwhi in Northland, so I’m Ngāti Kahu through my Dad and I don’t know much about my links, but I want to learn more.”

His sincerity about this is real, as is his gratitude when he responds to a question about what he loves about dairy farming. Working with animals, dealing with people and training his staff give him a profound sense of satisfaction.

“But there definitely aren’t enough Māori getting involved in this mahi.  Of the 10 2ICs that I’m mentoring, only one is Māori.  And that’s a shame because dairy farming is in quite a stable position and there are lots of opportunities for Māori in this industry.”

It is perhaps these characteristics - his openness about his journey, his work ethic and his ability to relate to people that saw him win the Ahuwhenua Young Māori Farmer of the Year award earlier this year.

“That was such an awesome experience! I was so honoured to win, especially given the calibre of the other finalists.” 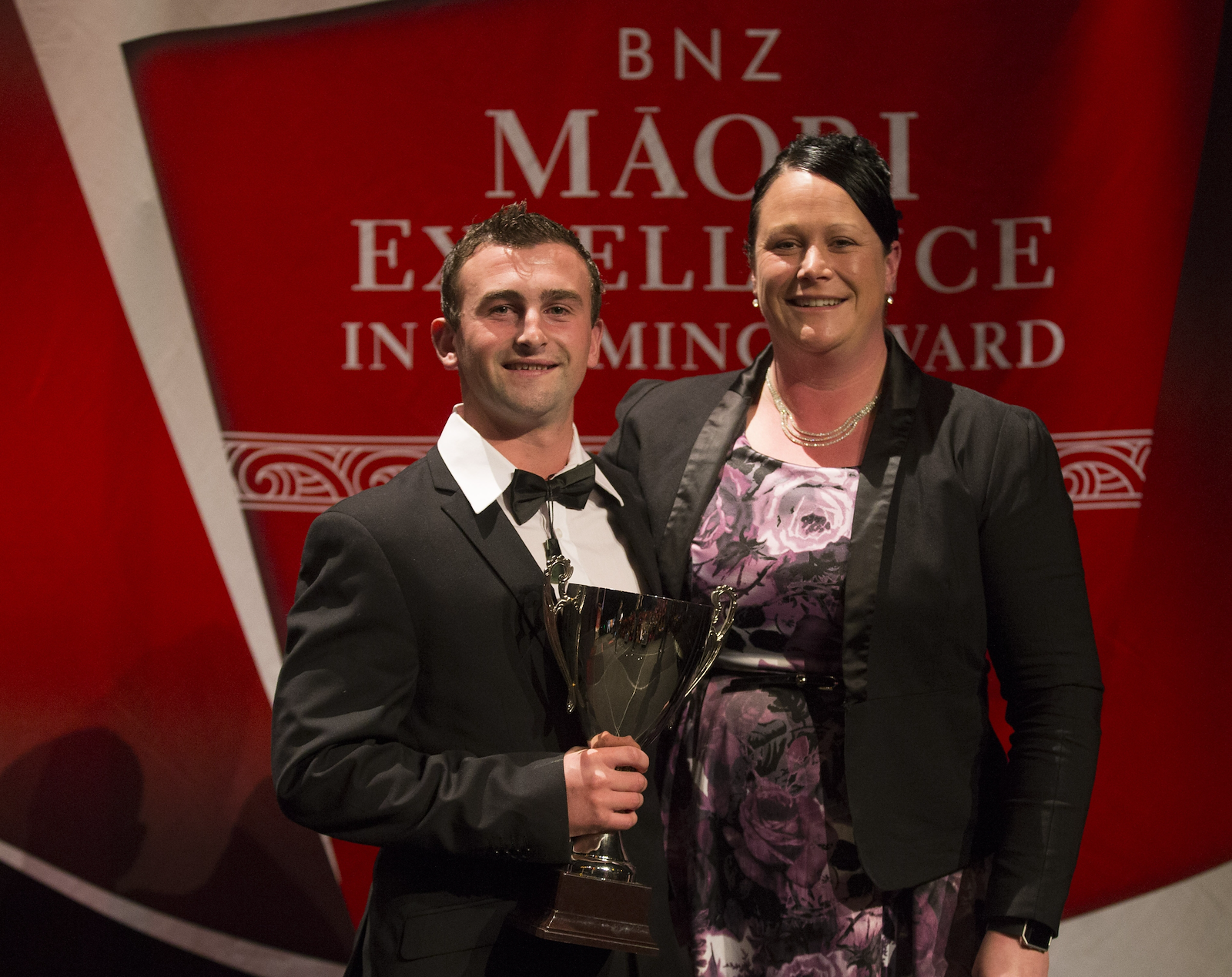 But the award just gives him more impetus to work hard and help others.

“Sharing my story and sharing my skills and inspiring other troubled youth – its a privilege to role model success.”