A man on a mission to bring people together

Standing up from his seat, Toko Kapea pulls out a map and holds it up high, letting the sheet unfold and roll down to the ground, revealing the Te Tai Hauāuru region.

“We are having hui here, here and here,” he says, pointing to the towns of Bulls, Turakina, Palmerston North, Ōhakune and Whanganui.

“The hardest thing will be getting people to show up and share information about their land with us,” Toko says.

“Some people can be really protective. There is always that one Uncle that won’t want to tell us what he’s doing.”

The director of Tuia Group consultancy, Toko Kapea, has received support from Te Puni Kōkiri to meet landowners in Whanganui, Rangitikei and Manawatū this month.

He wants to find out where all the Māori land is, whether it is accessible, and how it is used.

“We want to be able to have a map of the area and clearly identify what is happening on the land and other kaupapa,” Toko says.

Ideally, it will become clear where local landowners might be able to collaborate, share resources or make joint-applications for government investment.

The messenger from the Capital

Bush-clad terrain in hard to reach places, a lot of it sitting there untouched - about 80 percent of Māori land is considered under-performing and that needs to change.

Te Puni Kōkiri secured $7m in Budget 2018 for the Whenua Māori Programme, which aims to revamp the services that are available to Māori landowners.

Toko says a lot of Māori landowners and trustees aren’t aware of the support that they can access across government to help them achieve their goals.

“It comes down to a mixture of operating in silos and of being busy,” he says.

“A lot of trustees are volunteers and they have day jobs and whānau and kids to juggle too, which makes it hard to be across all of the latest pots of pūtea.”

Toko Kapea has spent years working in Wellington and through his consulting business, Tuia Group, he has formed relationships with a number of agencies. 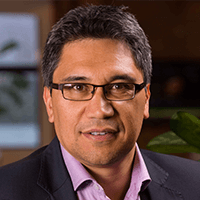 He says it is not easy to navigate the different applications and agencies or funds.

Another part of his role is to meet with a range of agencies, including the Ministry for Primary Industries and the Ministry for the Environment, to know what tools are available across government for Māori land development.

“I am going to suit up and have the meetings in Wellington that our whānau here can’t have. I will go and talk to them, and I’ll take that information back to the hui.”

Raising awareness about support on offer can empower whānau on their journey to achieve thriving Māori land.

From the road, it is difficult to see what the land looks like over the mountainous edges of the isolated side of the Whanganui River. 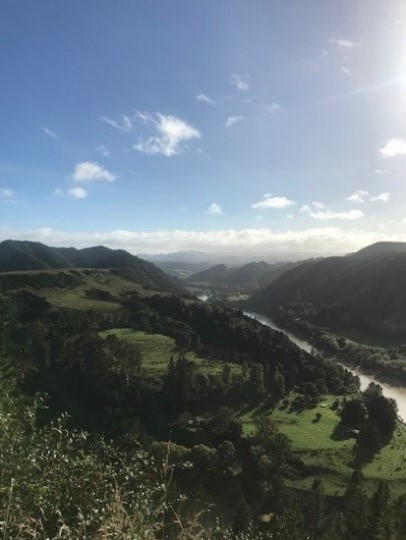 A view of the Whanganui River from Gentle Annie point.

Toko says there could be hidden potential over those hills, to develop honey, farming or crops, but it is not certain what is over there and who owns the land.

“I went up the Whanganui River the other day and as I was driving, I could see what was going on in front of me – the marae, the houses, the farms,” he says.

“Then I look across the river and there is basically some goats, pigs and trees but we could be growing so much over there.

“If we can work out that there is 20 odd hectares of flat land over there that could grow avocados, the Māori landowners could apply together to say, build a bridge.”

Toko says isolation is a big problem for landowners up the river.

“The Mangaporou Trust needs to replace an old suspension bridge that is keeping their land virtually isolated. Any development options on their land will need to overcome this obstacle.”

Over the next month, Toko will meet with officials in Wellington, and Māori landowners all through Whanganui, Rangitikei and Manawatū.

“Te Puni Kōkiri has clicked on. If this mahi can get a nice model for the type of information we can get from Māori landowners, it can change the dial of how we go.”