Kaupapa Māori bowls everyone away

Manaakitanga and tautoko were well demonstrated at the 2016 Aotearoa National Māori Bowls Tournament held in Wainuiomata over Waitangi weekend.

The tournament was hosted by the Wainuiomata Bowling club.

Rawiri Evans (Ngātiawa ki Kapiti), Vice President of Aotearoa Māori Bowls, said the best thing about the Aotearoa National Māori Bowls Tournament was being able to manaaki whānau. “We had over 200 volunteers on hand to help manaaki the players and supporters over the course of the tournament,” said Rawiri. “Whānau were able to stay at the marae and be looked after. It’s a true testament to the people of Wainuiomata.”

This year marks 42 years of Māori bowls in Aotearoa.

The idea of a Māori bowls tournament was initiated by the late Parekura Horomia, seeing the sporting event as an opportunity for whānau to come together. His vision was to have all members of the whānau, from rangatahi through to kaumātua, incorporating te reo Māori and kaupapa Māori values into a sporting event.

“If it wasn’t for Parekura and his vision, along with the support of the original players, this tournament would not have happened,” said Rawiri.

More than 500 players and supporters attended the tournament with some traveling from as far away as Kaikohe to compete. Many whānau attended not only to compete but to catch up with friends and other whānau.

Andy Gisborne travelled from the far north to compete in the tournament. “This event is where we excel as Māori. It’s a great weekend to be with whānau, see old familiar faces and meet new people”.

For some of the teams this was the first time for them taking part in the tournament. Taranaki arrived with five teams under a new kaupapa – te maunga o Taranaki. Three of their teams qualified to the finals. 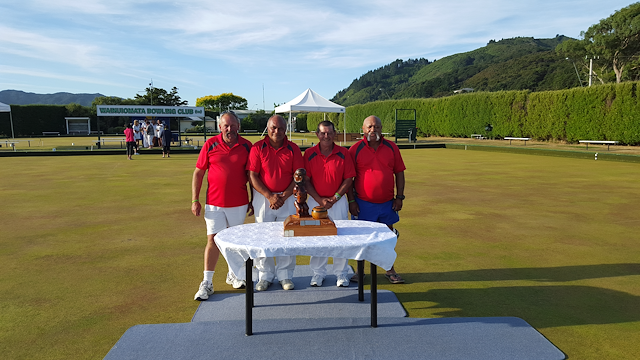 The winning skips in the main events were Huntly West’s Wayne Pakinga in the men’s competition and Johnsonville’s Paula Meredith in the women’s.

Many players stayed together on the local marae – Wainuiomata Marae – which provided a pōwhiri and hākari to welcome the players and supporters and a poroaki to close the tournament. 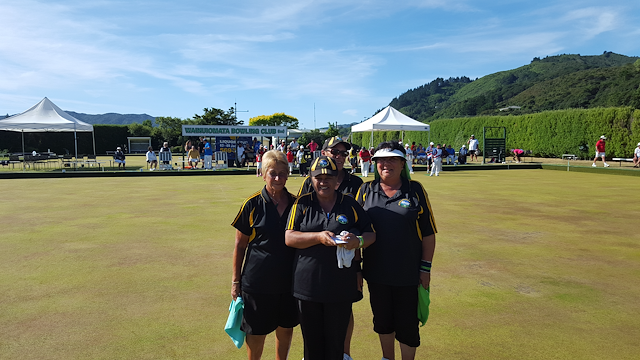 “The support from volunteers and sponsorship from Te Puni Kōkiri and our other sponsors means that whānau can attend the Aotearoa Māori Bowls tournament each year, so we are very thankful to them all,” said Rawiri.

Next year’s tournament will be held in Papakura, Auckland.