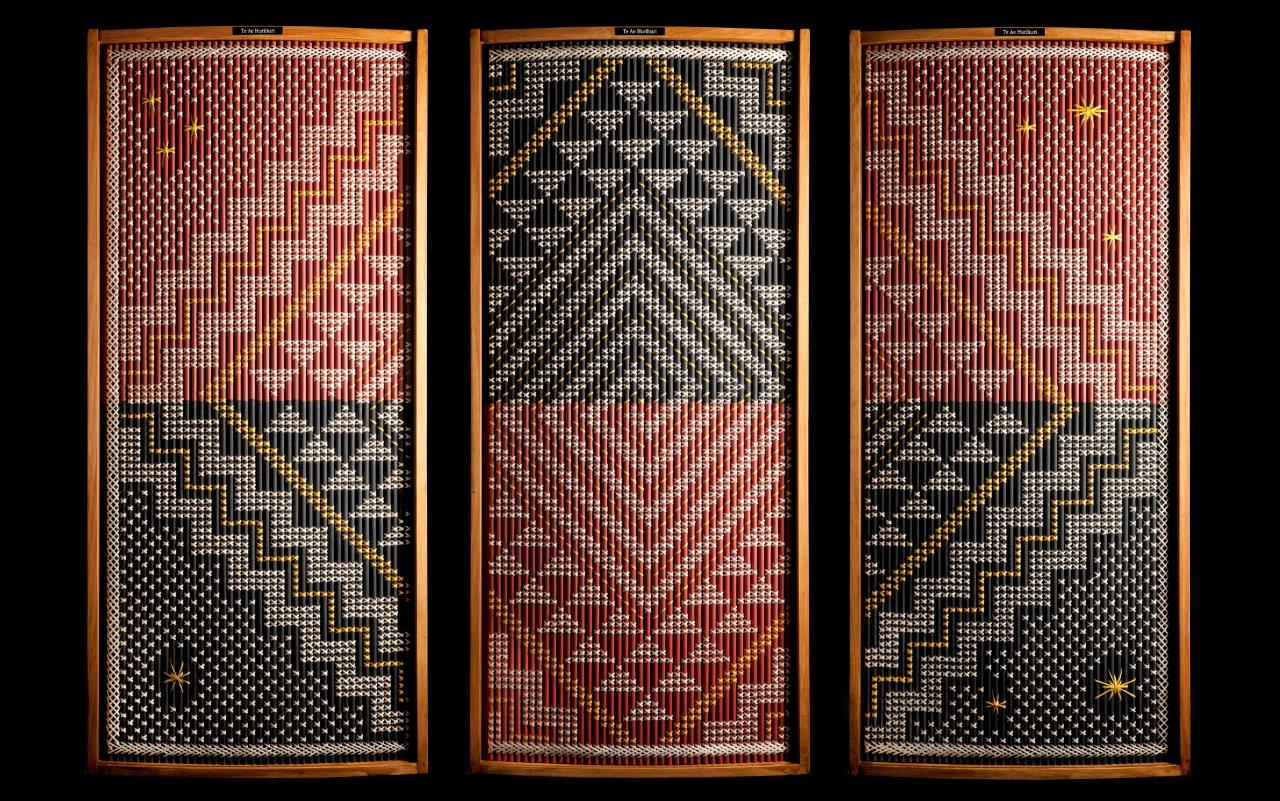 Forty three tukutuku panels will be shipped to New York this month as the final leg of their journey to the United Nations Headquarters where they will be permanently installed.

The woven panels were created by 60 weavers from around the country under the guidance of Rotoiti weaver Christina Wirihana and were commissioned by the former Minister of Māori Affairs Hon Pita Sharples following his visit to the UN in 2010. 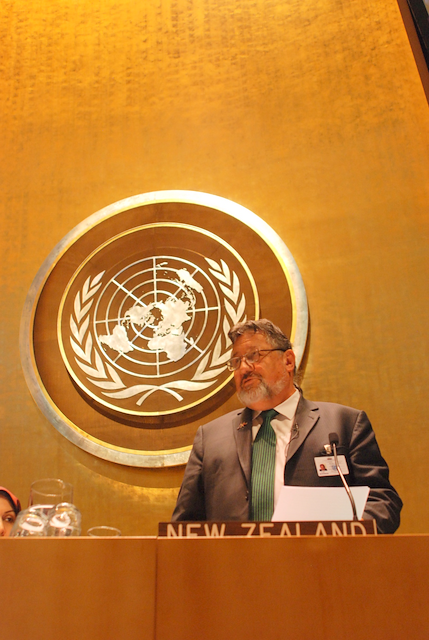 Hon Dr Pita Sharples at the United Nations in 2010

The panels will be installed in the newly refurbished UN Headquarters and will enhance New Zealand’s gift of a rimu wall presented in 1952 which was built into the original infrastructure of the UN Headquarters building.

A small group of the weavers will travel to New York early next year to oversee installation of the panels which will be unveiled to dignitaries including New Zealand’s Permanent Representative to the United Nations, Jim McLay and former Prime Minister Helen Clark, now Administrator of the United Nations Development Programme (UNDP).

The tukutuku have been on display at Te Papa since July with thousands of local and international visitors viewing them before the closing of the exhibition which took place today.

Speaking at the exhibition closing, Minister for Maori Development Hon Te Ururoa Flavell said the tukutuku panels were, “a powerful statement to the world about our country; who we are; and the land that shaped us.”

“They carry the stories of our unique cultural heritage and identity, and when they take pride of place at the UN, we can be proud that they so fittingly represent us - Aotearoa New Zealand - to the world.”

Mr Flavell said it was fitting that the taonga were going to be housed in an organisation responsible for maintaining international peace and security; promoting human rights; and fostering social and economic development.

“While we are accustomed to tukutuku in our whare tupuna (meeting houses), these taonga will soon be displayed in what is possibly the greatest meeting house in the world.  Their visibility in a global forum; and our recent successful selection to the Security Council; puts us at the heart of the UN.”

Mr Flavell said the loss of taonga Māori going overseas and not coming back was cause for angst amongst many.  He cited the example of a feather korowai given to Chinese leader Mao Tse Tung in 1957 which will soon be returned to New Zealand.

The Minister thanked the weavers, Te Puni Kōkiri, the Ministry of Foreign Affairs and Trade and Te Papa Tongarewa for their collaborative effort in assembling and exhibiting the panels and ensuring their installation in the UN Headquarters next year.