Ngā Manukura o Āpōpō was officially launched on 6 May 2010, so this month the workforce development programme celebrates a year of activity.  The programme is focused on three key work streams – clinical leadership, professional development and recruitment for Maori midwives and nurses.

As part of Ngā Manukura o Āpōpō celebrations this year the team pay tribute to Māori midwife Peace Te Kani. Peace is one of four Māori midwives who work collectively as Ataahua Midwifery in the Waikato. 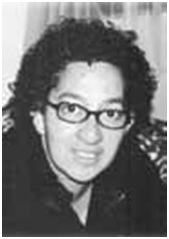 Peace Te Kani is one of four Māori midwives who work collectively as Ataahua Midwifery – a self funded service providing support and midwifery care for women and their whānau throughout their haputanga and motherhood.

Peace says her journey to midwifery began back in her home town of Gisborne in 1995 “I was shopping at Dress for Less at home in Gisborne. Registered nurse Koka Hera Mc Ghee was our neighbour in Gisborne, and when I saw her she was in her first year of her midwifery degree, which she was completing in Waikato at WINTEC. Koka Hera was also 59 years old when she started her tohu, I thought if she could do it at her age I could.”

A mother of four daughters and one son, and partner to Rangi Rangiuaia – Peace has spent much of the last 15 years gaining experience under the guidance of Koka Hera, practising as a midwife in clinical settings as well as independently in the community.  While she admits getting to where she is hasn’t been an easy road, she attributes her achievement to a supportive partner and her whānau “as a mature Māori wahine, I had a focus and a supportive partner and made it through. Midwifery is a different tohu because you need to do your 21 papers plus your 1500 clinical hours so you have to live like a midwife, which can be very challenging for your whānau.  Ask my daughters now they are used to their mama and her mahi.”

It was 2010 when Peace, along with Māori midwife Alys Brown commenced her first Haputanga Wānanga.  This was a free service, self funded by Peace and Alys and was well received in their community. In March 2011 the pair commenced a Lactation Service Clinic based at Te Kohao Health. They also started a Peer Counselling programme that supports the lactation service and their haputanga wānanga, where they train wāhine to support mothers to breastfeed.

For more inspiring stories, also check out their website www.ngamanukura.co.nz where, on International Nurses Day, they also pay tribute to five Māori nurses working as Nurse Practitioners in Aotearoa