True to the proverb that it takes a whole village to raise a child, these tamariki are doubly blessed in that they have their parents as well as the numerous kuia and koro who live in 16 kaumātua units close by to nurture and raise them together. 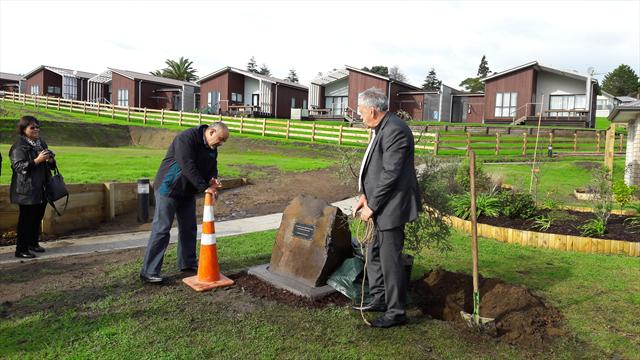 Minister Flavell with the Chair of the Mangatawa Incorporation.

Minister Flavell commented that seeing happy children and happy mums and dads made all the hard work worthwhile. He also encouraged the 12 whānau to take every opportunity to give back to the papakāinga community.

Plans are afoot to develop a playground and re-open an ECE centre at Tamapahore Marae so that the papakāinga whānau can learn, play and grow stronger together.

These social rental homes mark stage three of a four stage papakāinga development which started in the 1980’s. 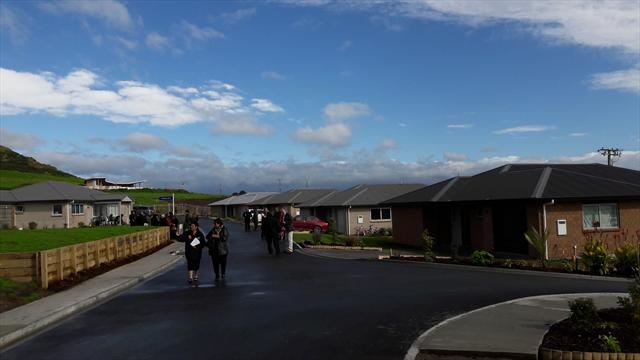 Street view of the whare at Mangatawa papakāinga.