Graph 2: Māori Personal Income by the Highest Qualification Attained in 2006 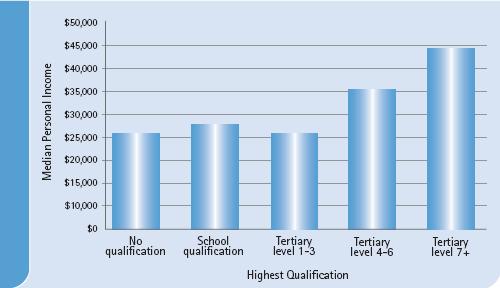 5 Median personal income is the midpoint of the income distribution, meaning half of the population earn more, and half earn less, than this amount. Dollar amounts are gross and have not been inﬂation-adjusted.