Graph 1: Highest Qualification Attained by Different Age Groups in the Māori Population in 2006 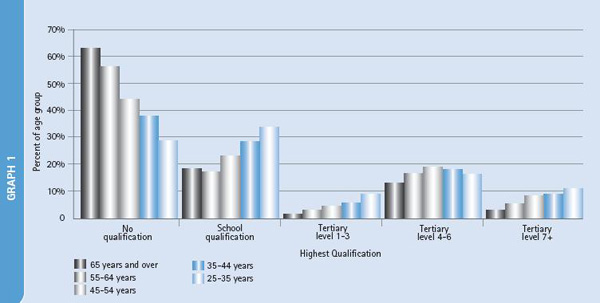 2 In order to protect conﬁdentiality, Statistics New Zealand’s policy is to randomly round ﬁgures to base three. As a result, individual ﬁgures may differ slightly to those quoted in other publications.

3 Individuals under the age of 25 are not included as they are unlikely to have completed tertiary qualiﬁcations.