The Health of the Māori Language in Te Waipounamu 2006

Māori speakers are clustered together and are not spread evenly throughout the Māori population. Twenty-two percent of Māori households in Te Waipounamu have at least one Māori language speaker. In 61% of these households there is only one speaker, limiting the possibility of language use in the home.

Seventeen percent of children or dependants live in households where there is at least one adult speaker of te reo, meaning that acquisition through intergenerational transmission is possible.

The use of the Māori language in the community remains most common in Māori cultural domains such as on the marae. Levels of communication in other domains has decreased since 2001 in some domains. 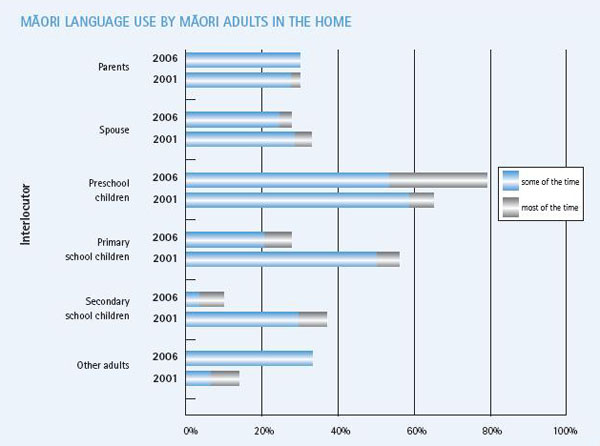 The Health of the Māori Language in Te Waipounamu 2006